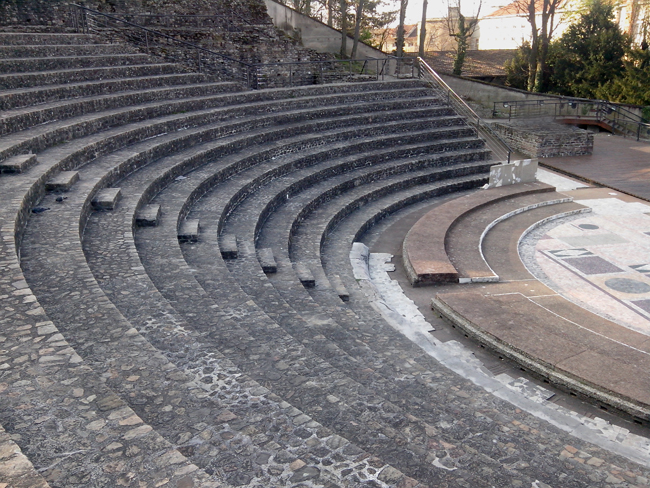 In the Greek city of Argos, there lived a relatively well-known man who would sit in the empty theatre and thought he could hear the admirable tragedians that he would joyfully applaud.
This man, being cured by the care of his relations, when he had expelled the illness by the means of medicine, and returned to himself: "Alas, my friends, he said, you have destroyed, not saved me; from whom my pleasure is thus taken away, and a most agreeable delusion of mind removed by force."

Do-it-yourself performance:
– Sitting down in an ancient theatre, empty.
– Hoping the find the pleasure again of the gone spectator and the illusion that was so dear to him.
– Clapping cheerfully.